When Jesus finished his Sermon on the Mount, he concluded with a parable about being a committed follower. A parable is a story that involves taking something that is familiar and lying it beside something that is not familiar so you can learn a truth. The story describes two extreme settings. Two houses are built, one on rock and the other on dirt. Then the storm comes and beats both houses, but only one house is left standing—the one built on rock. Our lives will stand or fall depending on our faith and obedience to Jesus’ words (Luke 6:46-49).

The story is about the storms of life that assail us, and when they do, the only way we can withstand them is whether or not we have a foundation built on Christ. Jesus made it clear that he identified authentic disciples as those who listened and understood his words and then put them into practice. Storms are a part of life, and we cannot avoid them, but we can be prepared to weather them out.

The following story illustrates literally and figuratively how sudden storms appear. This happen to us early in our missionary career. One day an incredible storm swept down from the Andes Mountains and brought torrential rains in which the streets of our neighborhood became literal rivers. That day I had left for a short trip, but seeing the dark clouds I turned around and headed for home. By the time I made it to our street, the car was in knee deep water and had to be abandoned. Fighting the swift current of the water to stand up, I struggled the next few blocks until I made it to our home on calle Peru. Once I finally found our house in wet darkness, I could see water running out of the front door. When I went in, I found Marilyn had our two kids sitting on the bed while she was fighting a losing battle with the water.

There had been storms like this before, but our home had never been flooded. Our house would be flooded two more times before we figured out how to solve the problem. Directly behind our house were four more houses, and because of the slope of the land, their water was draining onto our property. We eventually came to realize our house was literally the drain for all the other neighbors. On top of that problem, we were shocked to learn that one neighbor was choosing to empty his huge swimming pool during the storm.

Solving this problem seemed impossible, and it was so discouraging to think about moving, as it was difficult and costs were prohibitive. First of all, the landlord refused to do anything about the problem. Once we determined we were staying, however, we decided to build a brick wall with cement columns all the way across the back of our property. That not only took care of our water problem, but it also caused all the neighbors to have to find another way to drain their excess water to the streets rather than using our house as their handy drain.

When the storm came, it seemed to sweep away our hopes and left us so demoralized. We learned however, it was simply a test of our will to stay faithful to God. It was an opportunity to show that our faith was built on the solid rock of Christ and not the sinking sand.

Posted by Pastor Boyd D. Brooks at 9:17 AM No comments: Links to this post


Being a grandpa is great! What can I say but that I think this is about the best job I have ever had. I loved being a dad, and I love being a grandpa. I have at the moment six little, precious lives that call me by that name. I feel such pride when I hear their voices call me as if I were being given an honored status. I get hugs, kisses, and so much attention. They ask me questions, and they expect me to know the answers too. I tell them about things they are learning about for the very first time. Believe me, I am influencing their little lives as they are mine. They tell me stories and startle me with little phrases that leave me wondering where that came from.

How privileged I am to be married to the same woman for 44 years and have kids that love and respect me and now grandkids that shower me with love and affection. I have seen every kind of family in my years of working with families, and I know what I have. I have seen families torn apart by divorce, shattered by an abandoned father, devastated by a mother who left them for another man. I have seen families confused by unfaithfulness, embittered by betrayal and left estranged by abuse and shame, and my heart goes out to all of them.

I know that I am blessed and that God has done this for me. My wife and I have been faithful to each other, and we have given to our family an example of faithfulness, but we know that God has enabled us. I have what money can’t buy—an intimate relationship with my wife and children, which has given me this unique relationship with these little people that call me grandpa.

Society and culture tells me that my worth is seen in the external props, but I know better. (I couldn’t care less what society thinks). I know it comes from deep within and from my relationship with my creator. By pursuing what is inherently right, the values God has given me, I find myself surrounded by wealth, and on top of the list is my family. 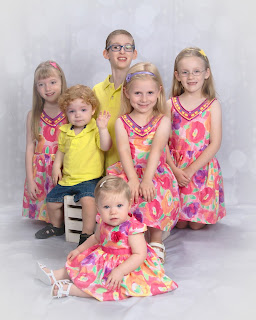 Defining Characteristics of a Disciple


My father-in-law was a chicken farmer. When he would receive 50,000 baby chicks in two giant truckloads, it would take a few days to get everything situated. I have watched him many times pull a chick from the enclosure. “Why did you take that chick out?” I would ask. “It’s different—see the specks, and because it’s different the other chicks will peck it to death.”

I have observed that chicks are not the only creatures that do that. Humans also have a way of attacking other humans who are different. In Jesus’ Sermon on the Mount he taught us to have an accepting spirit, "Do not judge, and you will not be judged. Do not condemn, and you will not be condemned. Forgive, and you will be forgiven” (Luke 6:37). This is one of the most misunderstood verses in the Bible. People love to quote this verse out of context because judging is thought to be such a politically incorrect thing. Jesus, however, is not referring to making moral judgments because the next few verses make that clear (43-45) where he talks about judging a person by their fruit.

What Jesus is taking about is our being petty and going around with a critical spirit.  Nothing is more miserable to be around a know-it-all who can see what is wrong with everyone but himself. Jesus in effect is saying, “Stop being suspicious of every one. Stop finding fault with people around you. Stop focusing on the failings of others.” To do so is hypocritical because we haven’t even dealt with our own failings. So Jesus said, "Why do you look at the speck of sawdust in your brother's eye and pay no attention to the plank in your own eye?” (Luke 6:41). Jesus’ illustration is so extreme because he wants us to see our need to deal with our problems first before trying to help someone else. Jesus continues, “How can you say to your brother, 'Brother, let me take the speck out of your eye,' when you yourself fail to see the plank in your own eye? You hypocrite, first take the plank out of your eye, and then you will see clearly to remove the speck from your brother's eye” (Luke 6:42).

Before we can try to help anyone with their speck, we have deal with our own stuff. We have to acknowledge our own failings. It’s the height of hypocrisy to strut around inspecting eyeballs for specks while we have a plank hanging out of our own eye. Only when we have removed the plank from our eye can we see clearly to help our brother in the spirit of compassion and mercy. Then we seek to restore them because we know what it is all about because God has showed us mercy.

Posted by Pastor Boyd D. Brooks at 9:57 AM No comments: Links to this post